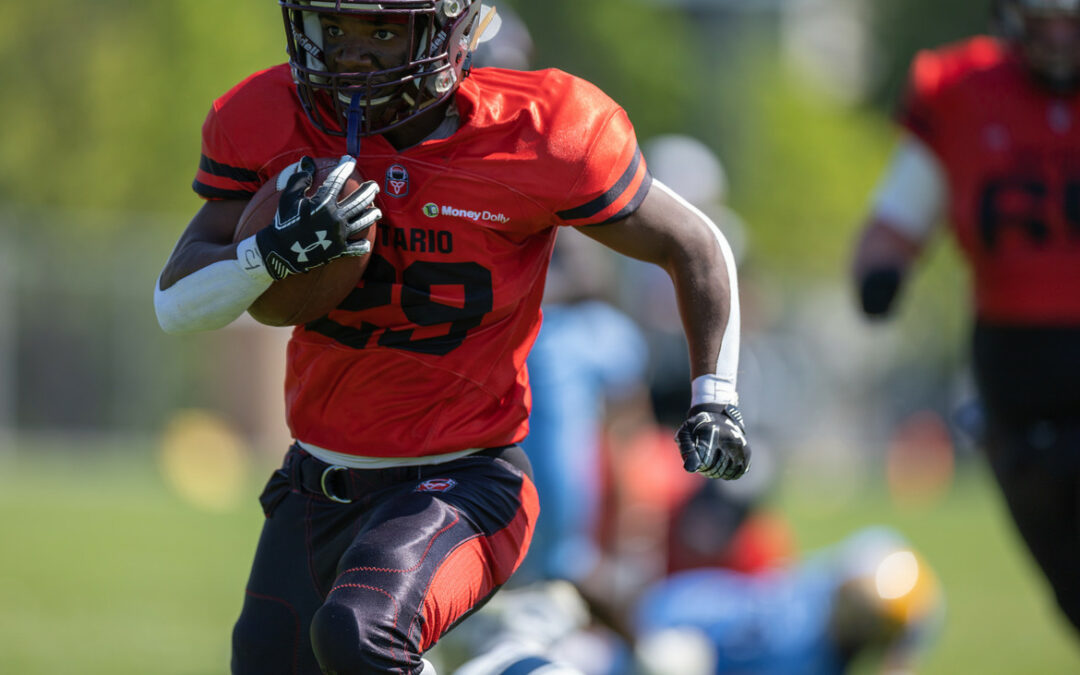 It will be a busy July for tackle football in Canada, with Football Canada announcing dates and locations for four championships in 2023. Following a successful post-covid return to events in 2022, the organization is eager to continue building momentum for the upcoming season. Shannon Donovan, Executive Director of Football Canada, says: ‘We are excited to work with host communities in these four locations to create competitive and rewarding experiences for all participants.’

Football Ontario will be putting together teams to take part in three of these events –  the Football Canada Cup (U18 Male), the Eastern Challenge (U16 Male), and the Women’s National Championship (U18 Women).

The Football Canada Cup (FCC) will be held in Edmonton, Alberta from July 7th – 15th, 2023. The FCC brings eight Under 18 (U18) teams, British Columbia, Alberta, Saskatchewan, Manitoba, Ontario, Québec, New Brunswick and Nova Scotia, together to compete for the title of National Champions. Three time champions Team Saskatchewan will be looking to continue their reign.

In the east, competitors from Nova Scotia, New Brunswick, Quebec and Ontario will meet at the U16 Eastern Challenge, scheduled for July 3rd – 8th, 2023 at Alumni Field in Sackville, New Brunswick. After defeating Team Ontario in the final, this year’s champs Team Quebec will work to defend their title.

Finally, in what will be its sophomore year, the U18 Women’s National Championship will showcase the country’s top Under 18 women players in Ottawa, Ontario from July 23rd – 30th, 2023. Saskatchewan, Alberta, Manitoba, Ontario, and New Brunswick competed to earn the title of first ever champions in which Team Alberta was number one at this year’s inaugural event.

Further details on game days to follow. Flag Football event schedules will be announced at a later date.