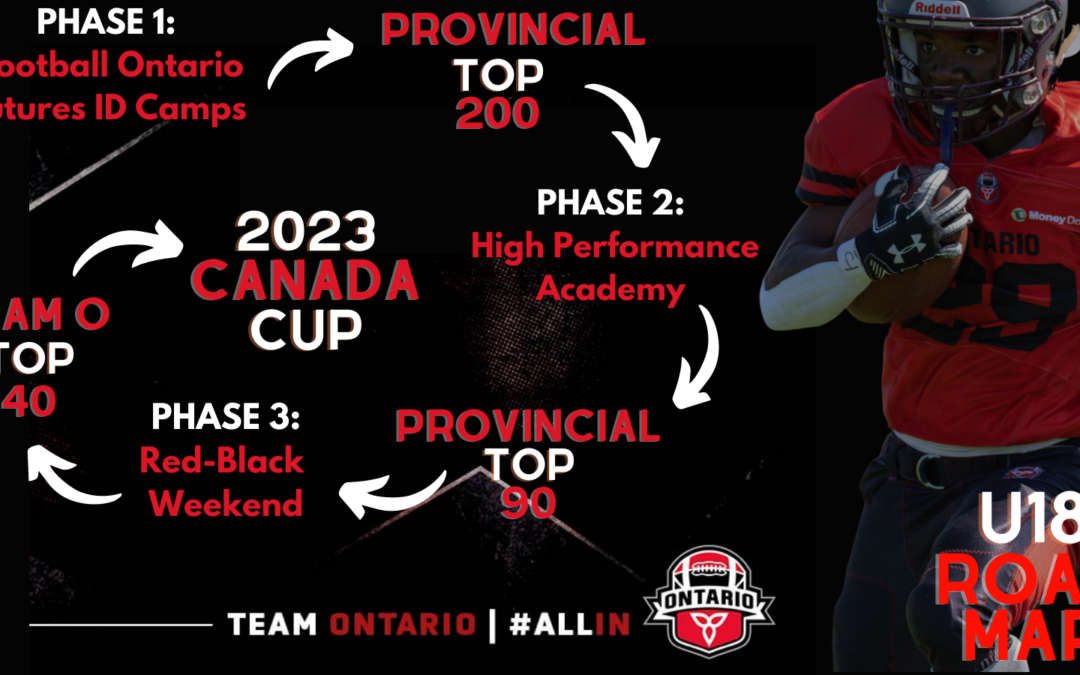 Phase One will take place in January and February with Football Ontario Futures and Identification Camps. There will be a total of three camps held across the province with a Waterloo Camp, a York Camp, and an Ottawa Camp.

Football Ontario will also be offering a lower entry fee for those who wish to attend these camps without receiving identification for Team Ontario and would just like to simply further develop and hone their skills with the great coaching that will be available at each camp.

Each Identification Camp will be limited to 100 athletes per age group so that the organization is able to provide the best possible experience to those in attendance.

Phase Two will take place immediately following Phase 1 with the High-Performance Academy with the top players from each of the Identification Camps receiving an invite to participate. There will also be two development camps, one for U14/U16 and one for U18. These camps will take place in April of 2023 and will consist of both on-field and classroom work for the athletes that make it to Phase 2.

Phase Three will take place in late-April with the selection of the Football Ontario Top 90 Provincial Players and the Red-Black Weekend. The Top 90 will be personally invited by Football Ontario to one of the largest recruiting events in Ontario with OUA/CJFL/U Sports coaches in attendance. Players will go through a mini-camp followed by the Red v. Black game that will be filmed and streamed.

The U18 Team Red and Team Black  will be selected by a virtual draft held and performed by the Coaching Staff of the Team Ontario program leading up to the weekend. The draft will be streamed online via the Official Football Ontario YouTube Channel.

Following these three phases the Football Ontario Top 40 will be named and selected to take part in the Canada Cup (U18) and Eastern Regional Challenge (U16). Stay tuned for Football Canada’s formal announcement on when these events will take place.

Football Ontario is excited to have the opportunity to return to the National Championships in 2023 and lead a successful Team Ontario program in order to showcase all the talent the province has to offer.