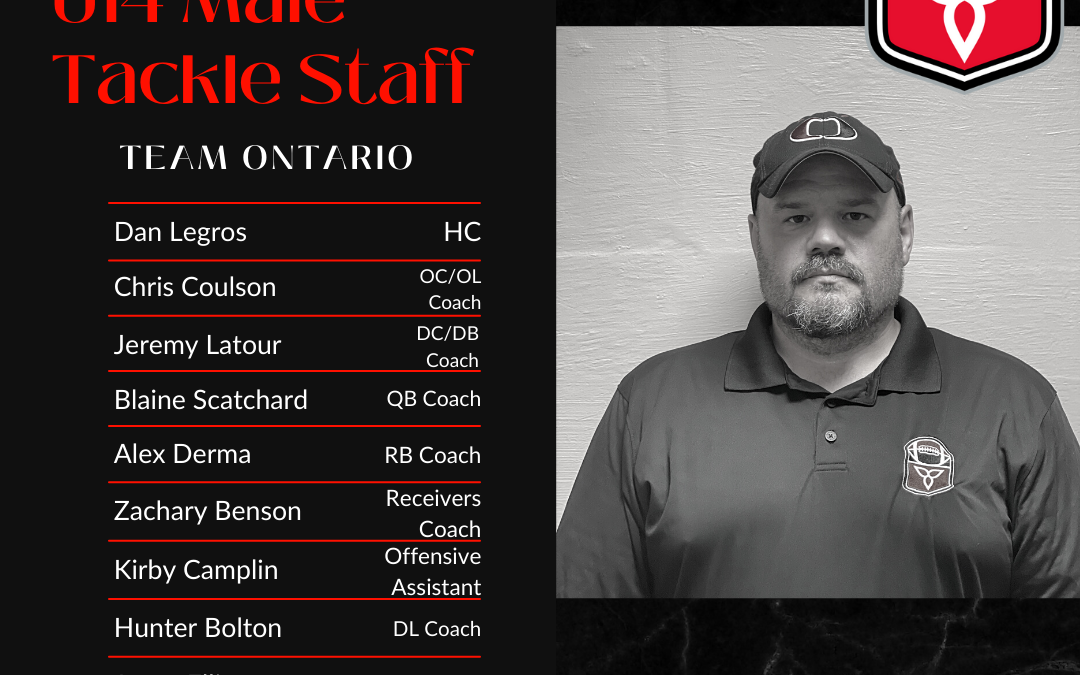 The coaching staff is to be led by returning Head Coach Dan Legros who helped launch the program in its inaugural 2022 year culminating in a successful RedBlack weekend at Western University.

The 2023 staff will include the entire 2022 staff as well as some new additions. The entire staff is listed below.

When asked about his excitement for this upcoming season, Head Coach Dan Legros said, “We are proud to return the entire coaching staff from our inaugural U14 Team Ontario season and look forward to continuing preparing athletes for the next level of football. Our focus continues to be on teaching the athletic and life skills needed for athletes to reach the next level of their football journey. Our coaching staff has many years of experience at all levels of football, including; youth, club, academy, high school, and USports.”

“Going into the second year of our U14 Team Ontario Male Tackle High-Performance Program we are appreciative to have the entire coaching staff back from 2022 while also adding some great new additions. We are excited to build off of the successes from Year 1 and get more of our youth participants started on the high-performance pathway.” says Aaron Geisler, Executive Director of Football Ontario.

Football Ontario is excited to have this talented and experienced staff lead the Team Ontario program and players to a successful year. The staff provides top level coaches which will help the players in both their practical football techniques and skills as well as help further their exposure.

Stay tuned for more information on the Team Ontario program in the coming months.