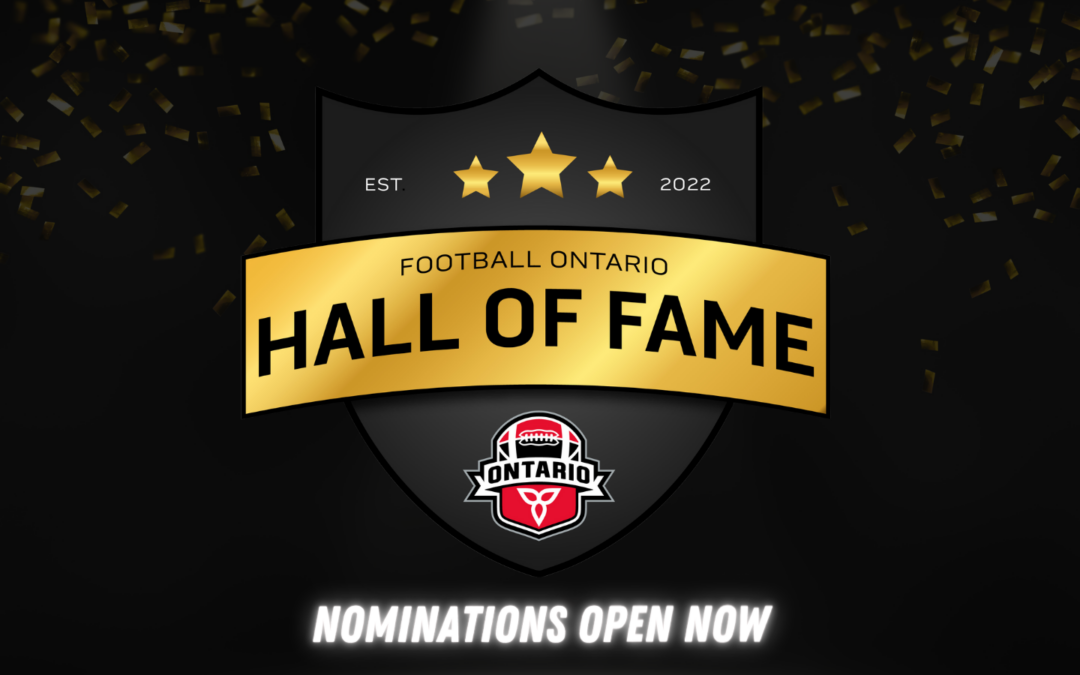 The organization is currently accepting nominations to be put forth for election as a part of the inaugural 2022 Hall of Fame Class.

“Our province has an amazing legacy of amateur football figures that have had legendary and impactful careers and we want to be able to celebrate them by enshrining them in history. Creating a provincial Hall of Fame will ensure we can celebrate our history and pave the way for our future. ” says Football Ontario’s Executive Director, Aaron Geisler

There shall be two categories in which a person may be elected as a member of the Football Ontario Hall of Fame.

The Football Ontario Hall of Fame shall be for all streams of football, including flag, touch, and tackle players and builders.

Each year a maximum of two builders and a maximum of five players shall be elected into the Football Ontario Hall of Fame.

Nominations are open immediately, the organization will stop accepting nominations on October 23, 2022. The announcement of the inaugural 2022 Football Ontario Hall of Fame inductees will coincide with the 2022 Vanier Cup to be held in London the week of November 26, 2022.

All elections shall be voted on by the ‘Selection Committee’. To be granted consideration of induction into the Hall of Fame a nominee must receive 75% of the vote. If the nominee receives less than 33% of the vote they shall not be considered for any further voting.

A second ballot containing all those that received 75% of the vote shall then be ranked by each member of the Selection Committee based on their preference for induction.

There is certain criteria and eligibility in which the Selection Committee will evaluate all of the  nominees.

Football Ontario is thrilled to show recognition to the great football players and builders from across the province and all they have done to help shape and grow the game of football in Ontario.