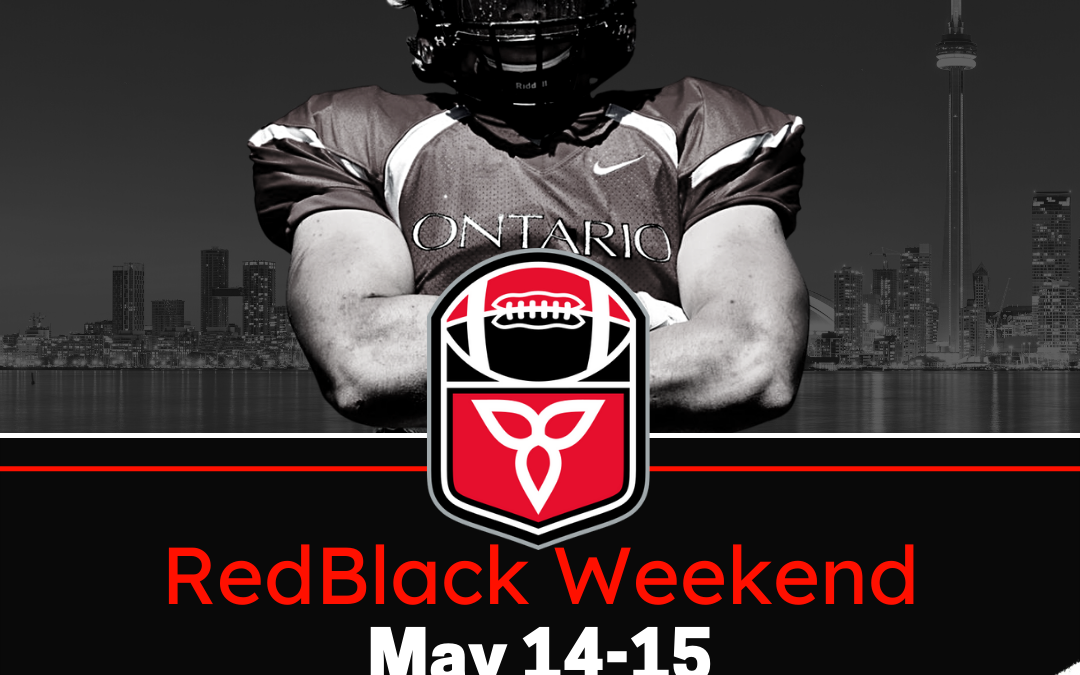 Hamilton, Ontario – Football Ontario has officially unveiled the U16 Male Team Ontario Top 90 who have been selected and invited to attend Red-Black Weekend, the weekend of May 14 and 15.

The event will be held at Western University in London, ON and will be hosted by the Western Mustangs football program and local community partners the London JR Mustangs, the London Beefeaters and the Forest City Thunderbird.

Red-Black Weekend is one of the largest football events across the province with coaches from the OUA, CJFL, and U Sports all in attendance.

Ticket sales for the event are now officially live. Tickets will be sold on a first come first served basis: PURCHASE HERE

“We are very excited to be having Red Black Weekend back for Team Ontario. It is a great weekend to have the best from around the province come and compete to earn a spot to represent their province on the National stage.” says U16 Head Coach, Joe Cappiello.

The two coaching staffs have dispersed the talent across two teams as they prepare to take on each other in a spirited scrimmage. The entire coaching staff will be announced in the coming weeks.

See the roster makeup of Team Red and Team Black below:

Football Ontario is thrilled to have the opportunity to host Red-Black Weekend back for the first time since 2019 and return to the Eastern Regionals  in 2022.

“Thank you to all of our student-athletes, parents, coaches and our community partners for helping us with our ID and Development Camps. A special thanks to Coach Cappiello and our U16 Team Ontario staff for all the time and energy they have invested in helping us to guide people along the 2022 Football Ontario High-Performance Pathway. I am so enthused to see everyone at Red Black Weekend on May 14-15 at Western University.” says JT Tsui, Director of Sport for Football Ontario.

The U16 Game will be held at Western University on May 15 from 12:45pm – 2:45pm EST. Make sure you purchase tickets before it is too late. All tickets are valid for the entire day with the option to watch the U14, U16, and U18 games. PURCHASE TICKETS HERE

The game itself will be filmed and streamed live on the Official Football Ontario YouTube Channel.

Red-Black weekend is the final process of the evaluation and selection process for the Team Ontario Male Tackle program. Following the event, the Team Ontario coaches will make their final decisions and the Football Ontario U6 Male Tackle Top 40 will be selected to take part in the Eastern Regionals in Sackville, NB. For the full 2022 National Championship schedule CLICK HERE.

Our U14 RedBlack Roster announcement is still to come