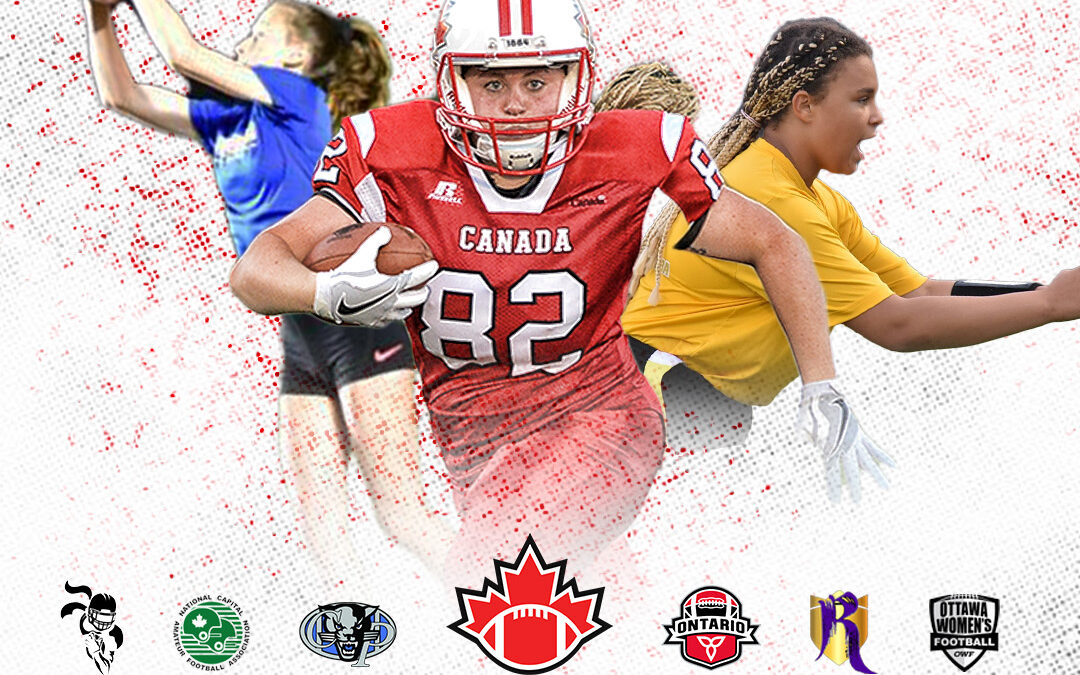 Hamilton, Ontario – Football Canada has announced the inaugural National Women’s Football Weekend. The event will be held May 5th to May 8th and will be hosted in the nation’s capital at Carleton University.

The organization is excited to showcase all of the talented women this country has participating or competing in our sport.  This event is the perfect opportunity to show how much the women’s game has grown across the country.

“Football Canada has been committed to building women’s football at the national and international level for over a dozen years,” Football Canada President, Jim Mullin said. “This showcase to kickoff the season is the next logical step for the women’s game.”

The highlights of the weekend include the inaugural National Collegiate Flag Football Championship as well as the Women’s National Team Identification Camps leading to the  Red-White Game and the selection of the Senior Women’s National Tackle Team.

The National Collegiate Flag Football Championship will host ten women’s teams, (three from Ontario, three from Saskatchewan, two from Quebec, and one each from Manitoba and Nova Scotia) all competing for a national title.

The National Women’s Weekend will finish off with the Team Canada SR Womens Red-White Game on Sunday. Football Canada is excited to announce that this year’s Red-White game will be the first time in history that a Football Canada competition will be officiated by an entire crew of Canadian women officials.

Along with all of the events that Football Canada will be hosting, Football Ontario, as the host province, will also be putting on an Identification Camp on May 8, 2022 at Carleton University. This camp, along with others they are hosting across the province, is a part of the process that will lead to the selection of the U18 Women’s Tackle provincial team.

This weekend will celebrate a lot of firsts for women’s football. However, Football Canada views this as just the beginning and plans for the women’s game to continue to grow and prosper well into the future.

“The National Women’s Football Weekend is an example of how far women and girls programming has come within Canada. The inaugural Canadian Flag Football Collegiate Championship is another step growing the women’s game and the sport being recognized as an official collegiate sport.   Football Ontario hosting their U18 ID camp in preparation for the first ever Women’s Under 18 National Tackle Championship is a demonstration of the growth in the country in female tackle since the first Women’s World Championship in 2010,” explained Shannon Donovan, Executive Director of Football Canada.

Football Canada is thrilled to have the opportunity to host this event, the organization is excited to lead a successful weekend.

More Information on all of the events and plans for the weekend will be announced in the coming weeks.